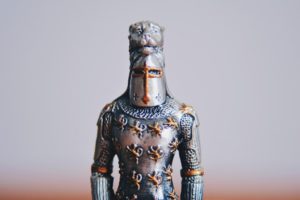 As a Game of Thrones junkie, I’ve begun binge watching past episodes again in growing anticipation of the show’s final season that will air in 2019. No matter how many times I watch the shows, I always walk away with new information or insight that I could apply to my own life.

(SPOILER ALERT: Do not read this article if you have not watched all of the past episodes and plan on doing so)

No matter how much resources, talent, or prestige you have…you still need allies. Jamie Lannister reminds Cersei Lannister of this important lesson in season 7. Cersei builds a war room within the Red Keep and begins questioning the loyalty of royal family house within The Realm. It becomes evidently clear that she doesn’t have many powerful allies as in the past. Cersei wants to destroy anyone she deems an imminent threat to her family’s claim to the throne, particularly Daenerys Targaryen whom she sees as the next battleground to be won. Jaime reminds Cersei of the bigger picture; while they may be able to win a couple of battles short term, they are ill equipped to win a long term war alone. Jaime and Cersei agree that their energy is better spent seeking loyal allies at this time to rebuild their capabilities.

Leadership lesson: before you proceed with any strategic decisions, think through your ability to win in the short and long run. What is the risk and are you prepared for various outcomes? Are you willing to accept defeat in lieu of short term gains? Sometimes it is better to fall back and focus on cultivating relationships that could become allies. 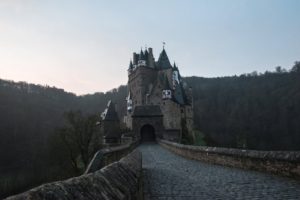 It’s not about where your story started, it’s about where you were destined to end up is what matters. We see this time and time again throughout the show with the rise of both Daenerys Targaryen and Jon Snow rise to power. While they both had very different life paths, hardships, and leadership styles, they both have made conscious decisions to live life on their own rules. What is fascinating about both characters is that they were both destined to be leaders despite their upbringing or people’s opinions of their less than perfect backgrounds.

Leadership lesson: do not let the story of your past dictate your future. Be bold and lead with courage, even if you have critics or detractors. You are supposed to be here.

The ability to influence and understand the needs your stakeholders can be life or death. Tyrion Lannister steals the show every season with his cunning ability to study the people around him and communicates based on their needs. Tyrion has (impressively) survived being kidnapped twice, being accused of murders he did not commit twice, standing trial twice, being in the middle of a battlefield (twice), and finding himself surrounded by people who despise him regularly.

Leadership lesson: the leader with the most friends is the leader that wins. Each and every time. Make sure you take care of the needs of those around you, and you will be taken care of. 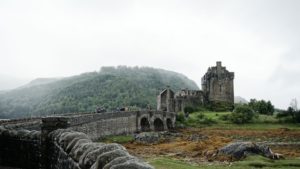 Focus on being effective rather than being right. In season 6, Sansa challenges Jon’s decision about whether to take away two different northern kingdoms from their family due to betrayal of family members. Jon, on the other hand, doesn’t agree that children should pay for the sins of their families. With winter season upon them, Jon believes it is better to forgive and focus on securing all of the North in preparation for the battle with the Night King. As a result, Jon spares the two families from removal of their homes. In return, both families re-commit their alliances to Winterfell and order is restored.

Leadership lesson: Always follow your gut, even if it may not be what is considered a “popular” decision. Make decisions with the best information at the present time and once you make a decision, stand strong behind that decision. 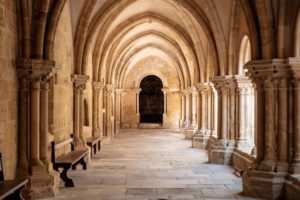 Embrace and celebrate who you are no matter what others say or expect from you. Throughout the series, we follow the journey of Samwell Tarly, a man that is disowned by his father because he doesn’t meet the physical expectations of what his father expects from his first born son. In search for a new purpose in life, Sam realizes that being well read and intellectual curosity can open up new opportunities for him to serve. As a result, he ends up serving Jon Snow as a SME advisor and Maester in training for Castle Black.

Leadership lesson: take time to reflect on what values you bring and how you can differentiate yourself. Once you have identified your strengths, focus on building them up each and every single day.